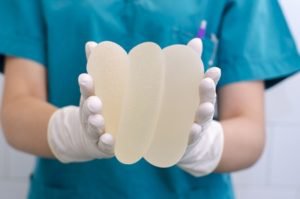 In the year 2015 alone, roughly 280,000 women underwent breast augmentation surgery, a figure that nearly tripled since 1997 when about 101,000 such procedures were completed. However, many women are still concerned about the potential risks of breast implant surgery. While any breast surgery naturally comes with certain risks, breast augmentation is a safe, effective, and standard procedure that women undergo every single day.

One of the main reasons that women question the safety of breast implant surgery relates back to the older, now out-of-use silicone implants that were first developed in the 1960s. Nearly one million women received silicone implants between the 1960s and 1990s despite a lack of published safety studies. By 1992, the FDA denied approval for silicone implants, and many news stories were written about the problems women were experiencing with their implants.

This led to a country-wide moratorium on silicone implants between 1992 and 2006, during which time medical device companies underwent rigorous research and clinical trials to ensure their products did not pose risks to patients. The FDA did approve the first silicone gel breast implants in 2006, and no study has ever found evidence that breast implants are connected with any serious diseases or illnesses.

Furthermore, new implants continue to be developed that are more durable and effective than those used in the past. This means that women replacing old implants or undergoing augmentation for the first time can benefit from form-stable implant choices that are less likely to rupture and leak into the body.

The Right Doctor Will Minimize Your Risks

The majority of risks associated with modern breast augmentation stem from the surgery itself, like undergoing anesthesia and being at risk of infection. This is why it is so critical to select a plastic surgeon with the experience and expertise to complete your augmentation with precision and attention-to-detail. Dr. Landon of well known Tampa Plastic Surgery practice Landon Plastic Surgery has been in practice for more than 20 years and will work with his professional team to complete your breast implant surgery with the utmost safety and care. Contact Landon Plastic Surgery at (813) 404-3380 (Tampa) or (727) 376-3999 (Trinity) to get started!