Could You Benefit from a Chin Augmentation? 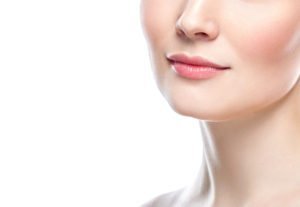 Most people understand the concept and purpose of a breast augmentation, but a chin augmentation is a lesser known procedure that can strategically adjust the size and shape of the chin in order to enhance the overall appearance of the face. Each year, tens of thousands of chin augmentations are performed around the country, according to the American Society of Plastic Surgeons. If you consider your chin one of your trouble spots, an augmentation could be your answer.

Chin Augmentations: The Whys and Whats

The core goal of a chin augmentation is to improve facial proportion by enhancing the prominence of the chin. In reaching this goal, a stronger chin can provide indirect benefits like balancing out a larger nose or neck. Some people are born with naturally weak chins, while others experience the chin receding with age.

Like with breast augmentation, there are a variety of different ways to achieve a chin augmentation. Surgery can be performed by adding bone into the chin or adding an implant to the chin region. Implants are available in many shapes and sizes to help achieve various goals including building a wider chin, stronger chin, or larger chin. They are always soft, flexible, and rubbery to mimic the look and feel of a real chin.

How Is the Surgery Performed?

Chin augmentation surgery is performed under sedation or general anesthesia. The implant is placed over the existing bone structure of the lower jaw, which extends its size to give the chin more prominence. If bone is being used instead of an implant, the surgeon will cut the chin bone horizontally and rotate it to make the chin look longer or straighter. It’s a surprisingly short procedure that is usually over in less than an hour. All chin implants require external stabilization for up to one week, but the impressive results can be seen and appreciated immediately.

The surgeons at Landon Plastic Surgery in Tampa and Trinity, Florida area are chin augmentation experts. If you have concerns with your chin or want to begin the process of an augmentation, give them a call today at 727-777-6771.

Schedule a FREE consultation with Landon Plastic Surgery today at one of our two convenient Tampa area locations to learn how Dr. Landon can help you achieve your body goals.